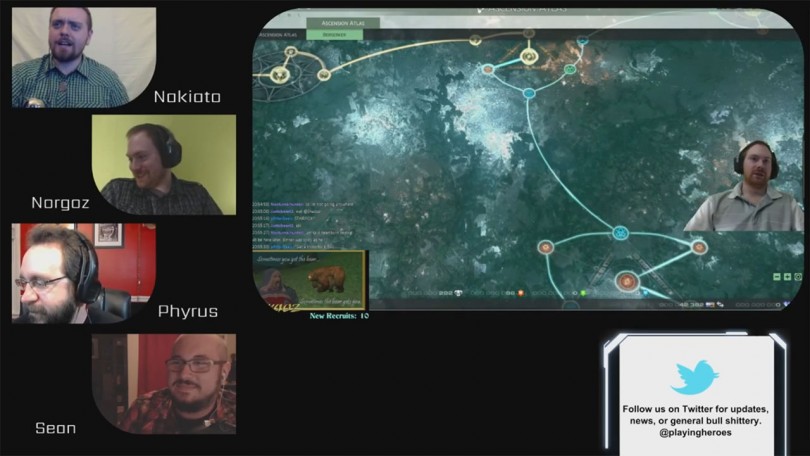 Sean made a guest appearance on the weekly video podcast Heroes’ Hideout! Featuring a handful of some popular live streamers, we discuss everything from Kojima’s departure, incredibly esoteric and convoluted crafting systems for MMOs, and sort of…just scratched our heads at the week’s new releases.

Ashley is not a gamer by practice; but is assuredly a gamer at heart. Since embroiling herself in the fierce resale market of Pokemon cards at her elementary school, Ashley has often skirted the boundaries of 'geek culture', with more of an "outisde looking in" mentality to the whole mess. She rarely plays games by herself (once experiencing a brief obsession with Peggle), preferring instead to watch Sean play or join him in co-operative experiences.

Ashley is a major fan of Joss Whedon, particularly the Buffyverse. She enjoys electronic and pop music, trying out new recipes in the kitchen, sewing crafts and watching Sean get frustrated with Dark Souls. Her favorite game of all time is Bioshock. Her favorite co-op game(s) is the Earth Defense Force series.

She is also particuarly good with the Princess character in Tetris: Battle Gaiden.