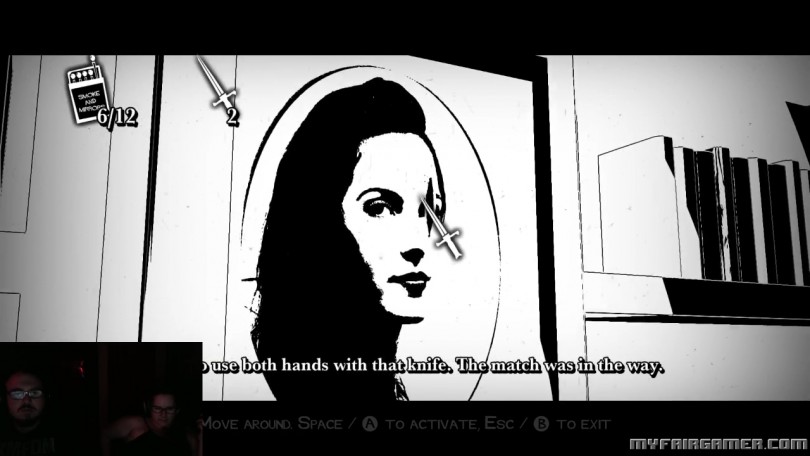 Written by My Fair Gamer

Part two of our adventure finds us with mom issues. Lots of mom issues. The game proves a bit too much for Ashley to continue playing, so Sean takes over and unearths the gruesome legacy of serial murder, the Wolf of Black Lake.

Oh and then a vision quest that would rival an episode of Twin Peaks.

Sean has been gaming since 1988 when, at the age of five, his father brought the entire family down to the electronics department of Montgomery Ward to purchase an NES Family Pack. Sean's first two games were Contra and Castlevania II: Simon's Quest. Bloody Tears is to this day his favorite game theme of all time. He has oscilliated between being a console and a PC gamer for the past 15 years or so, but has squarely put himself in the PC camp for the time being. He primarily enjoys single-player campaigns and co-operative games and will play just about anything except hardcore simulation or real-time strategy titles.

He also enjoys electronic music of all kinds, being an amateur photographer, plying his skill at graphic design by profession, and knows just enough Japanese to get him into trouble. His favorite game of all time is Castlevania: Symphony of the Night. His favorite co-op game(s) is the Earth Defense Force series.